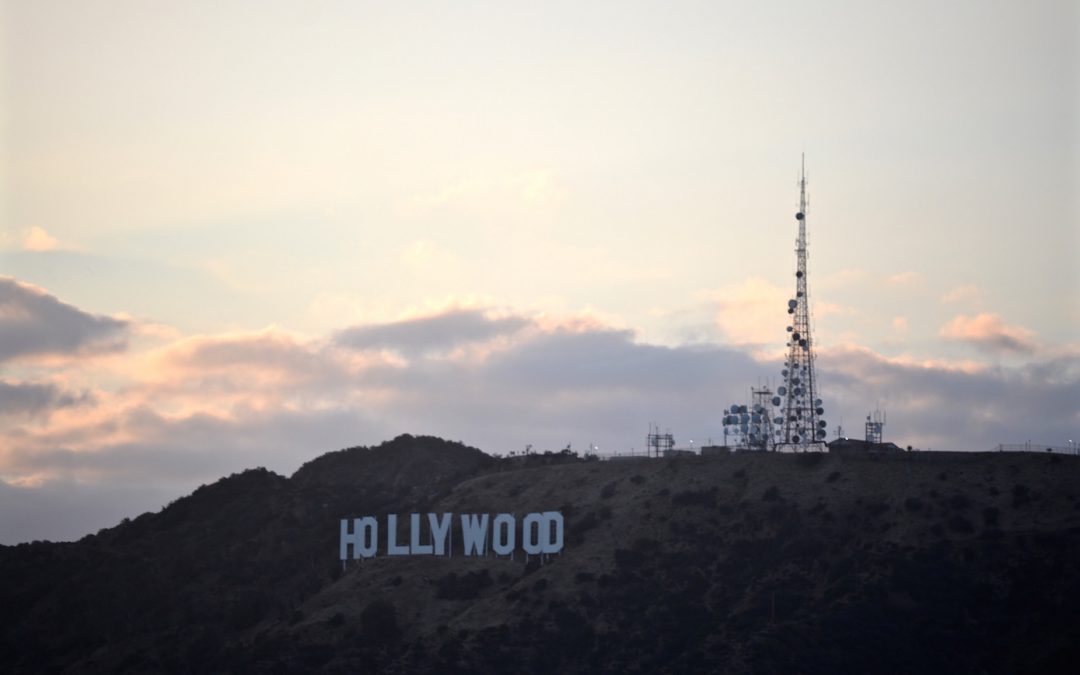 Our next and last stop on this trip was Los Angeles. You also know it as L.A and nicknames the “City of Angeles”. It is the most populous city in California.  Located in the Peninsular Ranges basin in Southern California, the city is surrounded by jagged mountain ranges, valleys, forests, and white sandy beaches along the Pacific Ocean, and nearby desert. LA is a huge city with several distinct districts filled with restaurants, bars and cafes. It’s so big that 2 days is not enough to discover everything it has to offer. We took 2 walking tours, which really helped us to see a lot in a short period of time. The first one in Hollywood and the second of Downtown core.

Just to give you an idea how big the city really is – here are some fun facts:

From Santa Barbara we made our way to Santa Monica Beach. It was our first real look at the city proper, which is L.A. Our plan was to spend some time on the beach but it was so cold and windy so we just went to Santa Monica fisherman’s Wharf. We stopped in one of the many bars for a quick bite and some pints. If you have time and love beaches – you can also visit Venice, Manhattan and Boardwalk Beaches.

After that we drove to Griffith Observatory – a must see place in L.A. It has the best view of the city. 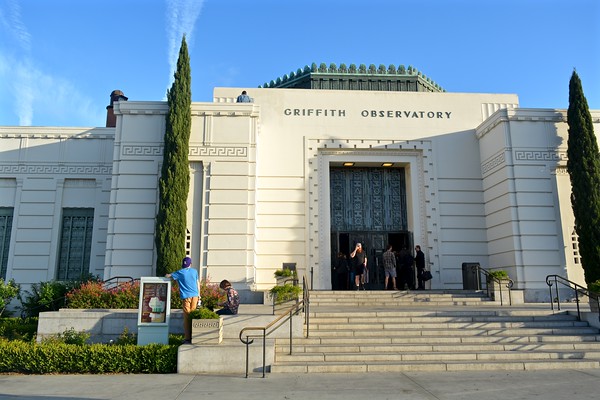 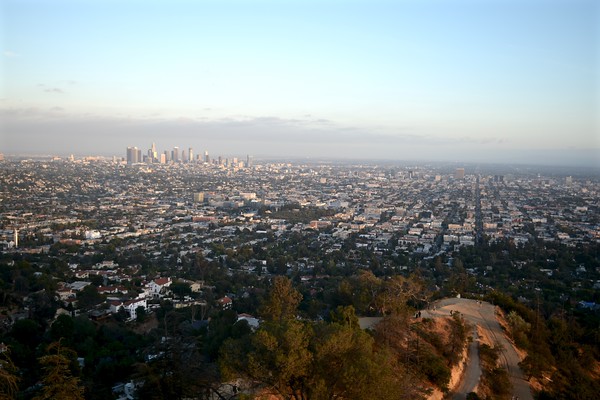 Griffith Observatory has free parking and some days they have free activities. You can get more details from their site  http://griffithobservatory.org/

It’s Southern California’s gateway to the cosmos! You can look through telescopes, my husband was super happy he had the chance to view Jupiter from one of four different telescopes they had outside! 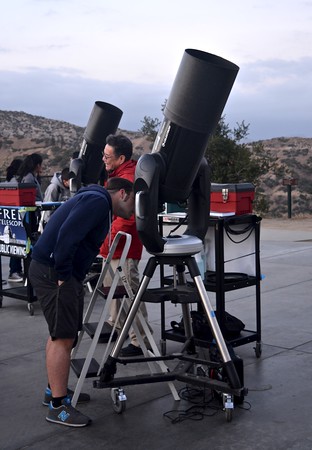 You can explore exhibits, see live shows in the Samuel Oschin Planetarium, and enjoy spectacular views of Los Angeles and the Hollywood Sign. It’s also an awesome place for sunset (which is what we did). I’m sure sunrise would be just as beautiful. Walking up is a steep but rewarding hike which will take you about 15 minutes to get to the top.

After the Observatory we got to our apartment  in the Silver lake Neighbourhood where we rented with AirBnb (get a bonus here).  It was close to metro station what was very convenient considering all the traffic. We also choose this location because it was right in the middle between downtown and Hollywood. It took us 10 min by metro to get there.

Take my advice if you are visiting LA – use metro around the city if you don’t want to be stuck in traffic. The traffic is no joke and being stuck in it is no fun. We bought a metro pass and left the car on the street for the weekend close to the apartment.

Upon the advice of our host we called an Uber cab and headed down to Korean Town. The ride started off well, until we realized our driver just said “yes” to whatever we said. We then realized he did not know any English or Spanish, there were a lot of hand signals involved before it just became too much trouble so my husband motioned to the side of the street and we just got out. Not the best of idea’s, once out we were lost and had no WI-FI so we walked around aimlessly until we found one of the few remaining places open (it was 11pm) called Ocha Classic restaurant where we had a light dinner.

Next morning we went to look for a resto that served breakfast before our walking tour. We ended up finding a nice cafe called Sqirl. They had meat, vegan and vegetarian dishes, the food was quite tasty!

In Hollywood, the first of our walking tours was “Heart of Hollywood Tour” with this company  http://www.freelatour.com/    If you follow me ( and I know you have) you should know all about Free Tours and that I love them. If not – read my article “Free walking tours on our planet“.

Our guide was Vicky and she was just awesome! Very friendly, open and outgoing with a great speaking voice we found out a lot of interesting facts about the beginnings of Hollywood (filming industry first started in Hollywood in 1910), saw the most interesting buildings along the famous boulevard, including the oldest house in Hollywood (where Charlie Chaplin’s kids went to school), the Capitol Records Building, the Egyptian Theater and Mann’s Chinese Theater.

And of course we walked on the famous Hollywood Walk of Fame. 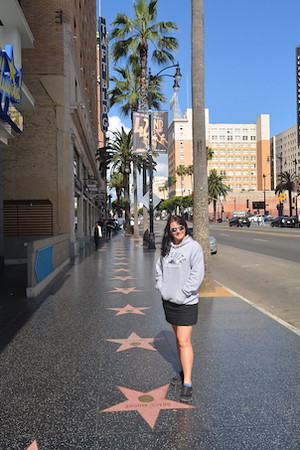 After that we headed to downtown where we had another Free Tour “Downtown of LA” with the same company. This time our guide was Damien and he was fantastic! Really nice guy, who loves the city and know quite a bit about it, we were shocked at how decrepit some of the buildings, especially old theatres were. For a city that’s arguably the heart of the film industry it’s a shame these historic buildings were left just to rot. It was a great tour nonetheless; we got the chance to see quite a bit on only a few hours. 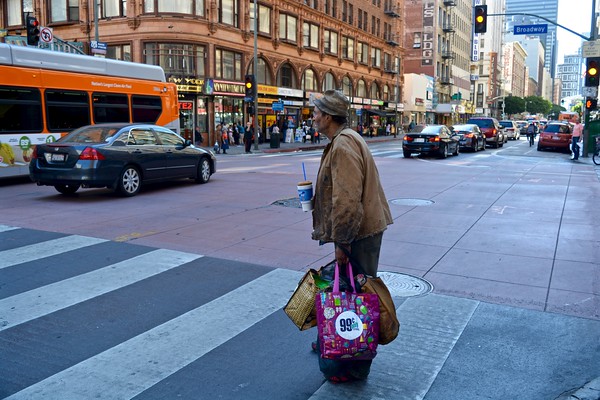 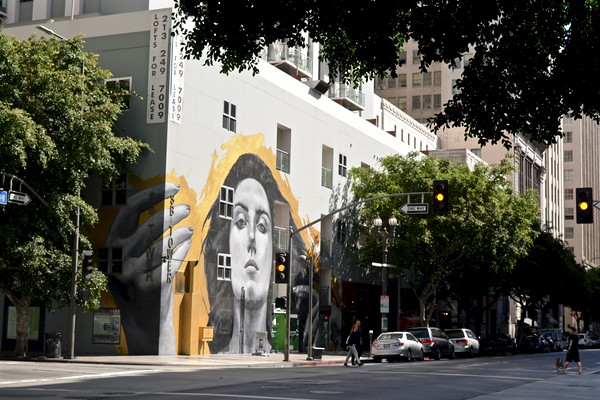 Downtown Los Angeles is probably the most dynamic urban area in the whole U.S. As more and more people move into loft apartments here, every week new restaurants, bars and shops open. Downtown is also where L.A. began, in 1781, as a tiny village on the far reaches of the Spanish Empire and you can still see much of it – including the oldest house in L.A. (from 1818). Many of L.A.’s most iconic buildings call the area home, including City Hall, Union Station and the Walt Disney Concert Hall.

After  the tour we went to Grand Central Market which is the oldest open market in L.A. Established in 1917 and has been in continuous operation since. It is located on the ground floor of a 1905 beaux-arts building where architect Frank Lloyd Wright once kept an office. The Grand Central Market’s mission is to celebrate the cuisines and cultures of Los Angeles. The Market provides Los Angeles with a locally sourced food experience that showcases California’s best ingredients, chefs, and rising entrepreneurs.

That’s for the next time we visit!

If you’re interested in seeing some of the BEST VIEWS OF THE CITY, you can see them at – Bona Vista Lounge at The Westin Bonavanture hotel & Suites, WP24 by Wolfgang Puck  at The Ritz-Carlton, Bar at JW Marriott hotel and Rooftop bar at  The Standard Downtown hotel, Rooftop Bar at Ace hotel or Observation desk on 27th floor in City Hall (open Monday throught Friday from (AM to 5PM)

Read more about beautiful places we have visited on our California trip. You may include them in your itinerary: