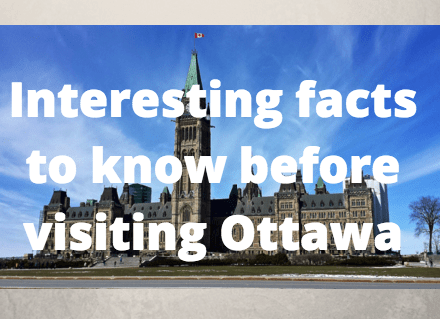 Ottawa is Canada’s MUST-SEE destination, home to impressive and unique attractions and events you simply can’t experience anywhere else.

Ottawa was originally called Bytown named after Colonel John By, the engineer who oversaw construction of the Rideau Canal.  In 1855 Bytown was incorporated and became Ottawa. Queen Victoria appointed Ottawa the capital of Canada in December 31, 1857. SOME INTERESTING FACTS ABOUT OTTAWA: Ottawa also has a vast expanse of natural beauty and culturally diverse environment. It’s the place to be no matter what you’re looking for. The capital of Canada has the best of both worlds – a relaxing and cultural atmosphere along with a thriving and energetic urban setting.

Where to eat in Ottawa?

Being multicultural city, you can find any cuisine you like – Thai, Japanese, Italian, Irish, Mexican and more. Restaurants for all tastes can be found near the Byward Market, on the streets of Clarence or York.

The traditional pastry of Ottawa is the “beaver tails” – hot sweet pastry is topped with a choice of sweet condiments and confections, such as whipped cream, banana slices, crumbled oreos and Nutella. You should try it!

This map will show you the number of restaurants that are located within the downtown of Ottawa.

More information you can find on official site – http://www.ottawatourism.ca/

What to do in Ottawa for free? – read my article  “Top 20 things to do for FREE in Ottawa“

Where to find accommodation in Ottawa? Check Airbnb, Booking or use a list of money saving travel resources.

Where to find great deals?  Sign up for FREE exclusive weekly updates

Have you been in Ottawa already? Share your experience 🙂.