The reason is simple really – it takes minimum time to plan and isn’t that expensive.

With all this in mind I decided to take a day off and just drive around. I opened a map and noticed St. Albert’s not far from my house. I like St. Albert cheese so decision made, off to the Fromagerie!

What makes the town famous is for the St. Albert brand of cheese, which is made by the local cheese factory named after the town. They also host an annual Curd Festival, which has won many awards in various competitions.

In 1994, the St-Albert Cheese Co-operative struck a special committee to prepare for its 100th anniversary. Written by Roger Cayer he wrote a book about the town’s as well as Fromageries’ history entitled Souvenances de la Fromagerie # 743. From what I’ve seen the book is very well researched and is filled with fascinating information and period  photographs.

Another highlight of the 100th anniversary was the first edition of the Curd Festival. Over the years the Festival has become the big event of the summer, attracting up to 50,000 visitors annually to St-Albert for five days of shows and festivities. 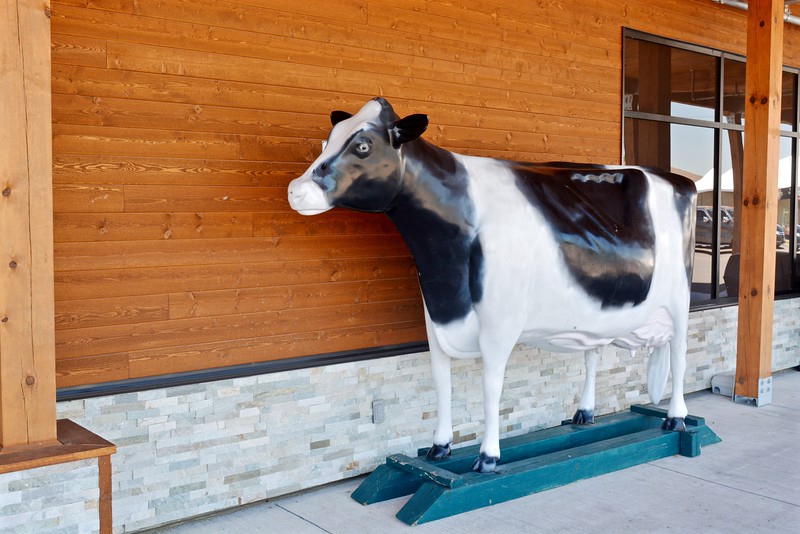 The Fromagerie is open 7 day’s a week as is the boutique. The museum will be open sometime in 2017. It’s a great place to pass a few hours learning about cheese and of course sampling many varieties as well. I highly recommend you visit too!